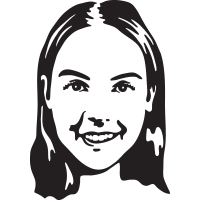 Additives are what can be explained as “functional ingredients”, they’re there to make a product behave in an expected way, like having just the right texture and lasting longer. For instance, when our scientists invented the first oat drink designed for Baristas and non-Baristas alike it was crucial that it would mix well with the coffee and not curdle. Coffee is often too acidic for our regular oat drink but by putting an acidity regulator made from naturally occurring minerals like potassium and phosphorus we can balance out the low PH.

The term “additive” is simply a general way of describing a type of ingredient that has functional properties (like we said above). So, in other words, it could very well just be called an ingredient. And as we know, some ingredients are naturally derived whereas some are chemically derived. And we also know that you may have preferences. But one thing is for sure, and it’s that all additives are strictly regulated and safe for consumption. And even if they weren’t, we would still only use the ones that are safe for consumption and only use the bare minimum needed to have the product behave as expected.

Additives sometimes have long complicated names that varies from language to language, that’s why some clever person in the 1960ies decided to design something like The Periodic System for functional ingredients that could act as a standard for all of Europe. So, the Yellowish color of Riboflavin (Vitamin B2) became the European standard 101, or E 101. Some people are skeptical about e-numbers because they sound stiff and programmed. But also because some of them can be of animal origin. As a company that makes 100% plant-based products suitable for the vegan lifestyle, we guarantee that we only use additives and other ingredients that are without a trace of animal-ingredients (and that includes our packaging). In addition, e-numbers are in fact also a form of safety guarantee. If an additive has an e-number that shows that the additive has been thoroughly tested and approved.